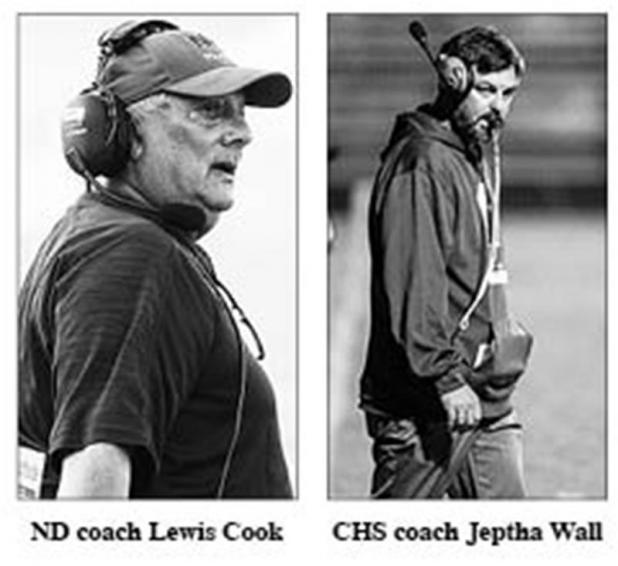 With the coronavirus pandemic bringing a halt to all spring sporting events, the attention has now turned to the summer, a pivotal development time for all teams.
Baseball and softball teams participate in summer leagues as do basketball teams who also usually attend a number of camps.
In addition, football teams participate in summer workouts and 7-on-7 passing drills are the norm.
With that said, the big question among coaches statewide is when and if these events will take place.
As of now, there is no simple answer.
“Until we know what the state is going to allow, we’re pretty much in a holding pattern,” said Notre Dame head football coach Lewis Cook. “I think next week, things will clear up a little bit more for us as to if they lift the stay at-home order and how many can meet as a group.
“And then we have to see what the Diocese will do as far as opening up. Will we be able to go on campus now or June 1?”
While the Pios, like all other teams across the state, haven’t been able to practice or workout as a group, Cook has been able to stay in touch with his squad.
Notre Dame students all have their own chrome book (computer) which they use everyday in class and have been using since the pandemic began for distance learning. That has allowed Cook and his coaching staff the ability to keep up with his players through team meetings.
On Mondays and Wednesdays, Cook conducts meetings with defensive groups while Tuesdays and Thursdays are designated for offensive groups.
Each Friday, Cook meets with the entire team for about 10 or 15 minutes.
“We are fortunate because I get to see the kids every day,” said Cook. “I don’t get to see them in person, but we sent online, a running plan and a strength developing plan that we’ve asked them to try and do.”
The meetings might not be as productive as actually being out on the field, but they do have their advantages.
It’s more like classroom work.
“We’re basically just reviewing; like today, coach (James) McCleary reviewed alignments and coverages and tomorrow, I’ll be going over some pass routes because we have receivers and running backs.”
Things for public schools, like Crowley High, are a little tougher.
“There’s not a whole lot that we can do right now,” said CHS coach Jeptha Wall. “As coaches, we can’t even come up to school. Everything we’re having to do is communication through the phone or internet.
“I facetime with some of the coaches and stuff, but to say that we’ve done anything with the kids...No. We haven’t.
Despite not having much contact with his players, Wall was able to distribute some information via a computer application called Remind.
“I put our flexibility routines, our core and general strength programs on there. Some things that they can do at home without having heavy weights,” said Wall. “But I can’t tell anybody to do it, all I can do is suggest that these are some good things to do.
“There are a good core group of athletes at every school that are going to go out there and do what they can to get better. And there will be some that want to play and they will be good players, but they aren’t going to do anything until they are motivated.”
For both Wall and Cook, as well as coaches across the nation, it is a waiting game.
“We’re anxiously awaiting May 15 to see what’s going on,” said Wall. “Once everything is lifted, then we’ll know where our flexibility lies. It’s not going to be restrictions by the LHSAA at that point, other than our regular stuff.
“I have a few different scenarios ready to go, but nothing in concrete. We don’t necessarily have a plan, but we have a bunch of ideas ready to go.”
Assuming the stay-at-home order is lifted on May 15, Cook has plans on moving forward.
“I’ve have a team meeting scheduled for May 18, that Monday morning, which, hopefully, we’ll be able to give them (players) some direction and have an idea ourselves on what we can do and where we’re going at that point,” said Cook. “The stay was extended until May 15 so after that weekend is over, that Monday we will have a plan in place to do what they allow us to do and go from there.”
Whatever the scenario may be, Cook knows that erring on the side of caution is critical.
“The bottom line is, to get someone sick or have a jump in cases because we wanted to get a workout in, then shame on us,” said Cook. ”It’s going to be just to make sure that everything is done properly and safely and stay within the limits and be smart at what we’re doing once we’re allowed to do it.
“Now, what is that going to be and when? I really don’t know.”