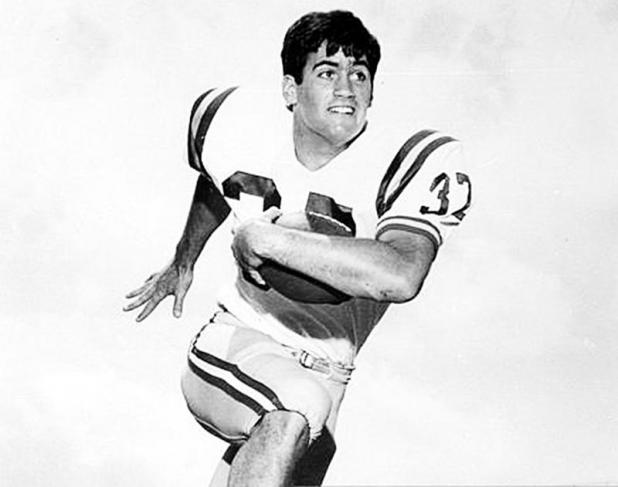 Casanova became a Louisiana sports legend with the Tigers

Editor’s note: This is an excerpt from The Advocate’s book, “LSU BY THE NUMBERS,” celebrating the best player (and other greats) to wear each number in Tigers football history.
When he arrived at LSU, Tommy Casanova didn’t ask for a specific number.
“I’d have run through the goal posts wearing double zeroes,” Casanova said. “I just wanted to play.”
The number assigned to Casanova was 37. Wearing it, he went beyond being a mere college football player to becoming a true Louisiana sports legend.
In an era of increasing specialization in the college game, Casanova was a bit of a throwback. His first two seasons at LSU in 1969-70, Casanova not only played cornerback but also running back and returned punts and kickoffs. He focused on defense as a senior in 1971, a season cut in half by injury, but he still earned All-America honors for the third straight year. To this day, Casanova is the only three-time All-American LSU has ever had and one of just six three-time All-SEC selections.
“Tommy was one of the most gifted athletes I ever coached,” then-LSU coach Charles McClendon said. “There’s no question in my mind he could’ve been an All-American running back. He could really have jazzed up our offense.”
Born in Crowley in 1950, Casanova jazzed up LSU’s 1969 team in all three phases, forcing six turnovers on defense, rushing for three touchdowns and returning a punt for a score.
The 1970 season was filled with great highs and bitter lows for Casanova. In LSU’s first-ever game against Notre Dame played in South Bend, Indiana, LSU stubbornly fell 3-0 to the No. 2-ranked Fighting Irish.
It could have been a scoreless standoff but Casanova, defending top Irish receiver Tom Gatewood, couldn’t hold on to a Joe Theismann pass in the end zone. “Pass intended to (sic) Gatewood barely missed being intercepted in the end zone by Casanova,” the Notre Dame play-by-play read. One play later, Scott Hempel kicked a 24-yard field goal with 2:54 left for the game’s only points.
Casanova was in tears afterward.
“There’s no excuse,” he said. “I should have had it. I’ve made that catch 100 times since then.”
Two weeks later, Casanova’s brilliance was on display once again in a 61-17 rout of Ole Miss that clinched the Tigers’ first SEC championship since 1961. Casanova had nine tackles, an interception, a pass deflection and returned three punts, two for touchdowns covering 61 and 74 yards.
In 1971, Casanova and his movie-star good looks were on the cover of Sports Illustrated’s college football preview edition. It wasn’t exactly a movie ending to his college career, though — Casanova missed four games because of injury — but he was healthy again when Notre Dame visited Tiger Stadium for the first time on Nov. 20.
It was the state school from a heavily Catholic state against the nation’s most famous Catholic university. And LSU fans spent the entire season pointing to it. “This was not a football game,” the Chicago Tribune’s Robert Markus wrote, “it was a crusade.”
“I think Ole Miss was even pulling for us,” Casanova said. “Everybody wanted to beat Notre Dame. That’s when Notre Dame was still the team to beat. We had a shot at them the year before and couldn’t do it, and this was our chance for revenge.”
Casanova, who went to high school at Notre Dame of Crowley, had seven tackles against the Irish. And he got his interception, on what the LSU play-by-play described as a “Willie Mays-esque grab” for a touchback in the fourth quarter as the Tigers steamrolled to a 28-8 victory.
“Isn’t that Casanova something?” McClendon said. “He’s a real beauty. That interception he made for the touchback showed the kind of speed and reactions he has. Now you know how much we missed him when he was out.”
Drafted in the second round in 1972 by the Cincinnati Bengals, Casanova would play for six seasons as a safety and again as a kick returner before knee problems forced him to retire in 1977. He earned three Pro Bowl honors, one All-Pro designation in 1976, and exceptional praise from his legendary coach, Paul Brown.
“Just plain special,” Brown said. “We never had anyone else like him. On defense, he played the ball like a center fielder. On punt returns, he was excellent. A very good football player and always a gentleman.”
While with the Bengals, Casanova found time to earn a medical degree from the University of Cincinnati. After his NFL career ended, he returned to his hometown of Crowley to open up a practice as an ophthalmologist.
“(Brown) was behind me,” said Casanova, who said at LSU he was told to choose between football and medical school. “They let me miss a lot of training camp my second year when I got started in med school. They made a lot of concessions. I stayed in pretty good shape all year and once I got there and began playing, after a couple of seasons you know what you’re doing and you just go out and do it.”
In 1995, the same year Casanova was enshrined in the College Football Hall of Fame, he ran against longtime legislator Armand Brinkhaus for his state senate seat and won. Casanova served one term before returning full-time to his medical practice.
In 2009, Casanova’s No. 37 joined Billy Cannon’s No. 20 on the east facade of Tiger Stadium’s upper deck, symbolizing his jersey being retired.
For all his accomplishments, Casanova was overwhelmed by the honor.
“To be put in a football fraternity only occupied by Billy Cannon is an intimidating thing for me,” he said. “He is LSU football.”
One could say the same about Tommy Casanova.
To pre-order “LSU BY THE NUMBERS”, please visit www.LSU.PictorialBook.com.