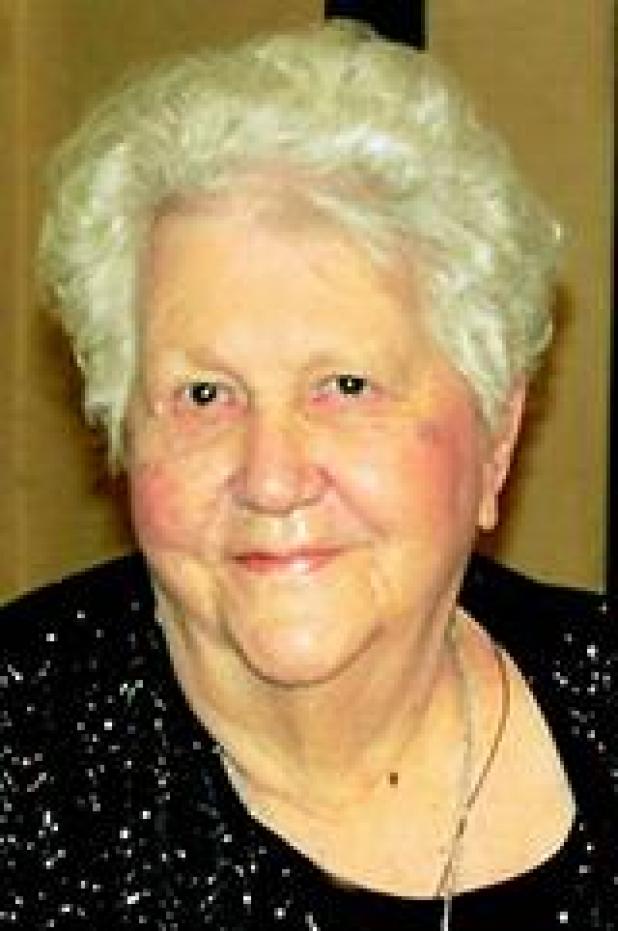 Roberts Cove - A private Mass of Christian Burial will be held Thursday, May 28, 2020, at 2 p.m. at St. Leo IV Catholic Church in Roberts Cove, for Dolores “Bubbles” Zaunbrecher Habetz, 89, who died peacefully on Sunday, May 24, at her residence in Roberts Cove with her family by her side.
Family and friends are invited to attend the graveside services that will be held at St. Leo IV Cemetery in Roberts Cove, following the Private Mass.
The family invites the public to the visitation at Gossen Funeral Home in Rayne on Wednesday, May 27, from 3 p.m. to 9 p.m., and on Thursday, May 28 from 8 a.m. until time of service. A rosary will be recited on Wednesday at 6:30 p.m. at Gossen Funeral Home.
Father Gary Schexnayder will conduct the funeral and graveside services.
Survivors include her seven children, Jules and wife Claudia of Vinton, Chris and wife Kim of Vinton, Celeste Lalande and husband Paul of Church Point, Damian and wife Dinah of Roberts Cove, Fred and wife Joan of Vinton, Jackie Valdetero and husband Doug of Roberts Cove and Connie Bossier and husband Kevin of Roberts Cove; her 19 grandchildren, Jake, Scott, and Blake Habetz, Hunter, Hali, and Kyle Habetz, Alex Lalande, Claire Lalande Gatte, and Jaclyn Lalande, Lance Habetz and Simone Habetz Doucet, Bradley and Nathan Habetz, Katelyn Habetz Porter, and Brooke Habetz, Andrew and Luke Valdetero, and Adam and Natalie Leger; 14 great-grandchildren, Ella, Brody, Brandon, Colt, Philip, Anna Claire, Grace, William, Benjamin, Everett, Addison, Whitley and Habetz twins on the way; her brother, Steve Zaunbrecher of Roberts Cove; three sisters-in-law, Anna Margaret Zaunbrecher, Hilda Habetz Simoneaux and Pauline Habetz Reiners; and one brother-in-law, Will Leleux.
She was preceded in death by her loving husband of 62 years, Philip; her parents, Charles and Bertha Dischler Zaunbrecher; one sister, Jane Zaunbrecher Leleux; three brothers, Fr. Charles Zaunbrecher, Vincent Zaunbrecher and William “Billy” Zaunbrecher; and one grandchild, Broc Habetz.
Dolores “Bubbles”, affectionately known as “O’Ma”, was born, raised and lived in Roberts Cove her entire life. Born of German parents, she married her childhood friend, classmate and fellow German, Philip, and raised seven children who were her pride and joy. She was also a loving grandmother of 20 and great grandmother of 14. She always put her family first. She taught them to follow her devotion to the Catholic faith with a special adoration to Mary, our Mother. She started and ended her day with prayer, and made sure her children and grandchildren made the sign of the cross with Holy Water from her font by the door every time they left her home.
She was a firm believer in Catholic schools, and when her children were young, she often volunteered her time and talents at Rayne Catholic. She was an avid Notre Dame football fan and would attend as many games as possible, especially to watch her grandsons play. In her later years, she loved cheering on her Pios while listening to the games on the radio.
She loved collecting antiques from the time she was a young girl and displayed them proudly in her home. She had a story about each item, and especially cherished the ones that were passed down to her from her ancestors.
She was very proud of her German heritage. She was a devoted worker of the Roberts Cove Germanfest and Museum since its inception. Her favorite pastime was completing her genealogy books that included articles and pictures of her ancestors. She was so proud of her large family heritage including her 122 first cousins and could always tell you how everyone was related.
She served as a lifelong member of St. Leo IV Catholic Church in Roberts Cove where she was a member of the Ladies Altar Society and Catholic Daughters of the America.
Pallbearers will be her grandsons. Honorary pallbearers are her godchildren, Debbie Zaunbrecher Forte and Gretchen Zaunbrecher.
Donations may be made in her honor to Notre Dame High School, 910 Northeastern Avenue, Crowley, LA. 70526 or Our Lady’s Catholic School Gymnasium Fund, 1111 Cypress St., Sulphur, LA 70663 in memory of Broc Habetz.
The family would like to send a heartfelt thanks to her caregivers, Magen, Amanda, DeeDee, Alanna, Morgan and Gloria, and also Dr. D. Thomas Curtis.
Friends may view the obituary and guestbook online at www.gossenfuneralhome.net.
Arrangements have been entrusted to Gossen Funeral Home, Inc. of Rayne, LA, (337) 334-3141.