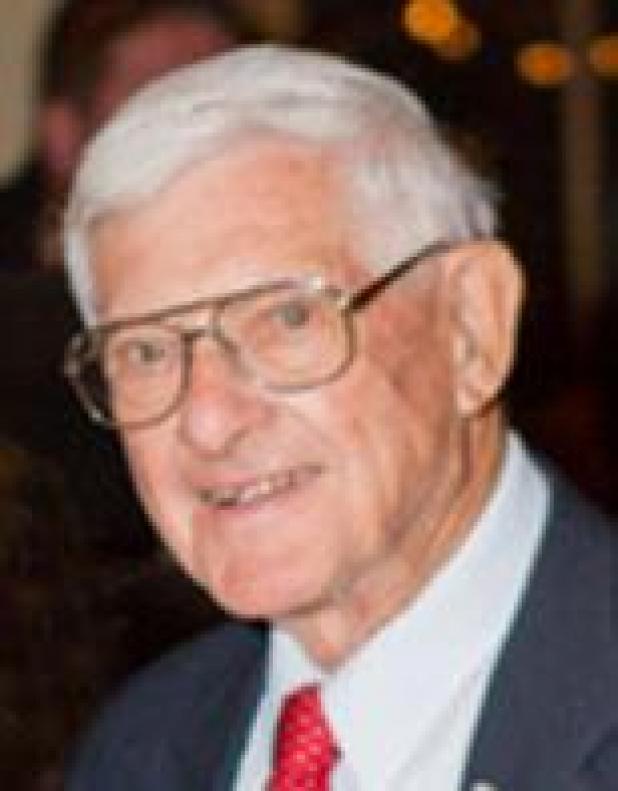 RAYNE - Funeral services were held Saturday, August 1, 2020, at a 1 p.m. Mass of Christian Burial at St. Joseph Catholic Church in Rayne, for Andrus Joseph Fontenot, 93, who died Tuesday, July 28, at The Ellington Nursing Home in Rayne.
Interment was in the St. Joseph Cemetery #2 in Rayne.
Rev. Brent Smith, Pastor of St. Joseph Catholic Church, was the Celebrant of the Funeral Mass and conducted the funeral services. Deacon Denis LaCroix, his nephew, was deacon for the Mass.
A Rosary was prayed Saturday, August 1, at 11 a.m. in Gossen Funeral Home in Rayne.
The family requested visitation be observed in Gossen Funeral Home in Rayne, on Saturday, August 1, from 9 a.m. to 12:30 p.m.
Survivors include three children, Bobby Fontenot and spouse Joy Lasseigne Fontenot; Pat Ann Fontenot, and Jimmy Fontenot and spouse Norellie McFalls Fontenot; eight grandchildren, Robby Fontenot and spouse Mandi Fontenot, Renee Pisklak and spouse John Pisklak, Michael Fontenot and spouse Taylor Fontenot, Mark Fontenot and spouse Caroline Fontenot, Ryan Fontenot and spouse Ali Fontenot, Kyle Fontenot and spouse Lauren Fontenot, Tyler “T.J.” Fontenot and spouse Laruren Fontenot, and Kayla Deaville and spouse Trevor Deaville; two step-grandchildren, Erin Swin and Aisliam Swim Seal; 20 great-grandchildren; and two sisters, Lilly Mae Fontenot and Mary Fontenot Broussard and spouse Nick.
He was preceded in death by his wife of 66 years, Rose LaCroix Fontenot; father, Lessin Fontenot; mother, Andrea Leger Fontenot; sister, Anna Belle Fonetnot Thibodeaux; sister, Hazel Fontenot Trahan; sister, Elia Fontenot Sonnier; and sister, Lorette Fontenot Hanks.
Pallbearers were his grandsons, Robby Fontenot, Michael Fontenot, Mark Fontenot, Ryan Fontenot, Kyle Fontenot and Tyler “T.J.” Fontenot. Honorary pallbearers were his two grandsons-in-law, John Pisklak and Trevor Deaville.
Following graduation from Indian Bayou High School and his dedicated service in the U.S. Army during World War II, Mr. Fontenot was employed by the well-known Rayne establishment of Mervine Kahn where he eventually served as manager of the grocery section.
He and his wife Rose then went on to purchase the Duclos Insurance Agency in 1973 after working there for 10 years. He continued to work there until 2016 with his son, Jimmy, and daughter, Pat.
Mr. Fontenot helped form the marketing group called Insurance Group of Acadiana, and served as president of both the Rayne and Acadia Parish Insurance Exchanges.
For many years, Mr. Fontenot spearheaded the local Legion Baseball program through Post 77 of the local American Legion. He was also a 70+ year member of Arceneaux Post #77 of the American Legion in Rayne, where her served as a board member for over 40 years, served as post commander in 1985, and also vice commander of the entire 7th District.
In earlier years, he served as a commissioner of the Rayne-Branch Hospital, where he served 14 years, seven of which were as board chairman.
He had a lengthy association with the St. Joseph Credit Union (now People’s Credit Union) serving on the Board for over 40 years. He served as a director of the credit committee, was chairman of the board from 1991 to 2003, and also served as the board’s vice president.
Mr. Fontenot served many years with the St. Joseph Society in his church parish of St. Joseph Roman Catholic Church in Rayne. He also served as an officer for many of those years.
Following years of service to the local Scouting program, he was honored by the Evangeline Area Council of the Boy Scouts of America with its Distinguished Citizen Award. Not a Boy Scout himself, he always worked with the Scouting program and was awarded the Boy Scouts Silver Beaver Award after serving many years as assistant Scout Master locally with Troop #60.
In the early stages of the Rayne Frog Festival, Mr. Fontenot was always there to assist, especially the American Legion with their booth, one of many local organizations who manned booths during the annual event. For his years of dedicated service to the Frog Festival and the community, he was given the honor as the 2015 Frog Festival Grand Marshal.
Mr. Andrus was a member of the historic Ricebirds Semi-Pro Baseball Team. He enjoyed attending sporting events, especially football and baseball games. He loved working at his camp and hosting family gatherings. Mr. Andrus also enjoyed traveling throughout the United States and Europe.
The Fontenot family would like to send a special expression of gratitude to the Ellington past/present staff and residents, as well as the therapists for making it his home these last three years. Their love and support has meant the world to the Fontenot family.
Friends may view the obituary and guestbook online at www.gossenfuneralhome.net.
Arrangements have been entrusted to Gossen Funeral Home, Inc. of Rayne, LA, (337) 334-3141.