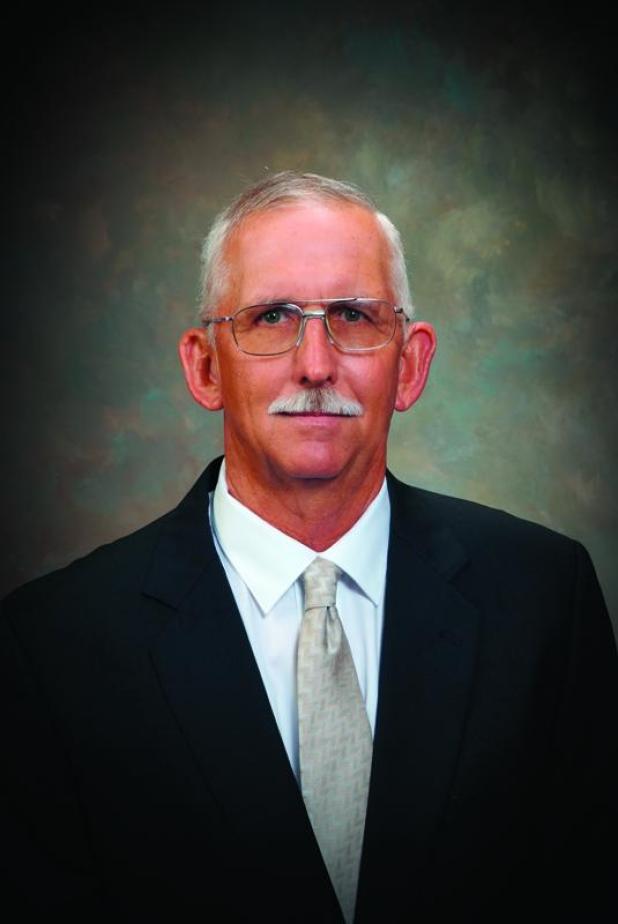 Kent Brown is IRF Rice Farmer of the Year

Kent Brown has been chosen as the 2017 Farmer of the Year by the International Rice Festival, according to Suzy Webb, festival president. This year’s festival dates are Oct. 19 through 22.
Brown was born and raised in the small rural community of Hathaway, just north of Jennings, in Jeff Davis Parish in Southwest Louisiana. His parents, Harold and Ruth Brown and his three brothers, Craig, Ricky, and Steven, lived on the Brown family farm.
In the late 1800’s, Kent’s ancestors, who were wheat farmers in the state of Iowa, moved during the historical migration of Midwest farmers to the prairies of southwest Louisiana to begin producing rice. There were many challenges to adjusting to their new life, but the homesteaders endured the obstacles because of their love of farming. Over 100 years later, Kent Brown, a 4th generation farmer, continues to produce rice on the original 450-acre homestead, as well as an additional 200 acres of rented farmland for rice and crawfish production because of his love of farming and family heritage.
Kent grew up learning about farming from his father. Following his high school graduation in 1974, Kent began farming full-time. With his knowledge and experiences in farming and rental of his father’s equipment, Kent leased farmland in the Hathaway area and began producing rice. In the 1980’s, after Kent’s dad retired, he purchased his father’s equipment and starting managing all the family farm production. Over the decades, Kent added efficiency to his operation with the purchase of on-farm grain storage and converting to an electric irrigation well.
For the past 43 years, Kent has worked hard to maintain and sustain the farm. He is especially proud that his son is currently a self-employed farmer and working to build his operation. Kent said, “I am proud that the 5th generation will continue production on Brown Farms.”
Currently, Kent plants two long grain rice varieties, Excel 729 and Clearfield 153. He also plants Jupiter, a medium grain rice. He attends the Annual Rice Field Days at LSU Research Station in Crowley and follows the Best Management Practices recommended by the LSU Rice Researchers. He also incorporates guidelines by the Conservation Stewardship Program (C.S.P.). Several years ago, Kent was involved with the Kellogg’s Certified Rice Grower Program, a sustainability effort for the Kellogg Company to purchase medium grain rice for their cereal product.
For the past thirty-four years, Kent has been very involved with the promotion of the agricultural industry and rice production. He has served in a leadership role in many agriculture organizations. He is a current board member of Louisiana Agricultural Finance Authority (LAFA); current president of Jeff Davis Parish Farm Bureau Board of Directors; current treasurer of Jeff Davis Parish Rice Growers; current member of Louisiana Rice Promotion Board; current member of Louisiana Farm Bureau Rice Advisory Committee; current member of Louisiana Farm Bureau Crawfish Committee; past president of Jeff Davis Rice Growers; past member of Louisiana Farm Bureau Board of Directors; past secretary of Louisiana Farm Bureau Young Farmer & Ranchers State Committee; past chairman of Jeff Davis Parish Young Farmers and Ranchers Committee.
Kent said, “I believe it is important to be involved in promoting the agricultural industry so people can have a better understanding of importance of agriculture in our nation.”
Kent’s wife is the former Jacquline “Jackie” Doucet of Hathaway, who is a retired teacher. They have been married 35 years and have three children and three grandchildren. Their son, Eric, a 5th generation self-employed farmer, and his wife, Blaire Landry Brown, reside on the family farm in Hathaway. Their daughter, Melissa, formerly employed at the National FFA Office in Indianapolis, Indiana, her husband, Brian Dunkel, and three children, Sam, Kate, and Ben Dunkel, reside in Brownsburg, Indiana. Their youngest daughter, Rachel Brown, is employed at the McCormick Corporation in Hunt Valley, Maryland.
They enjoyed raising their three children on the family farm, which helped instill the values of work ethics and appreciation for agriculture. They were very involved with FFA and 4-H livestock shows, projects, and activities.
They are proud that each of their children earned a degree and pursued a career in the field of agriculture.
Kent is a member of the Raymond United Methodist Church. He is a current member of the Pastor Parish Relations Committee; current Communion Steward and Chairman of the Raymond Cemetery. He served as Past Church Lay Leader, Past Church Treasurer; and Past Member of the Trustee Committee.
Brown will be recognized Saturday evening, Sept. 23, 2017 at the IRF Honoree Social and Queen’s Ball to be held at the Grand Opera House.