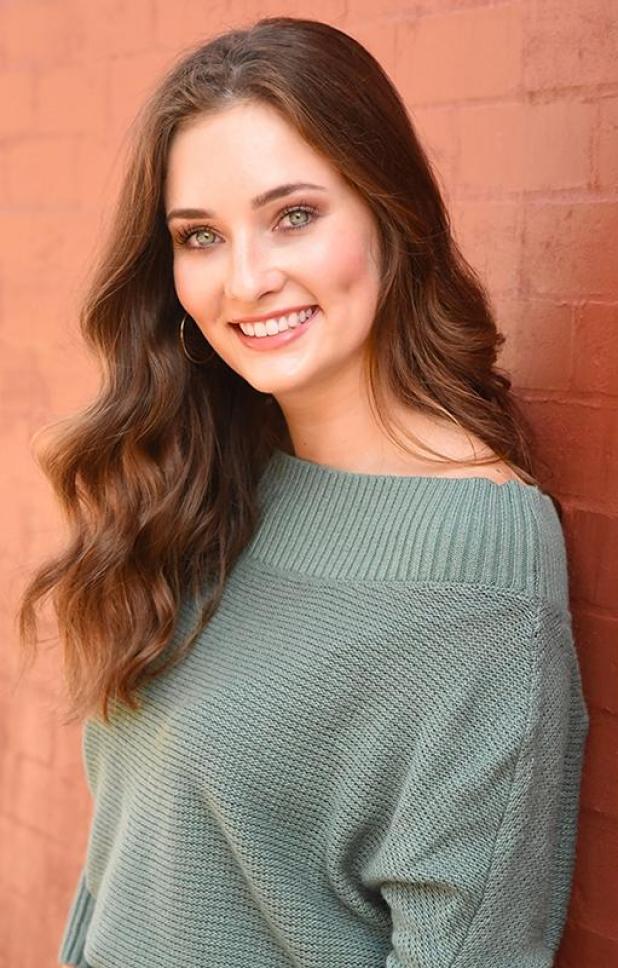 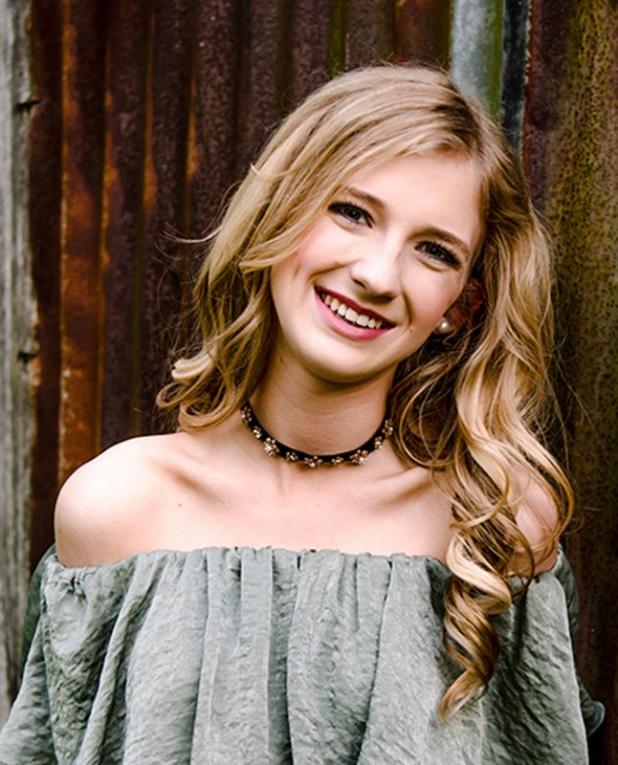 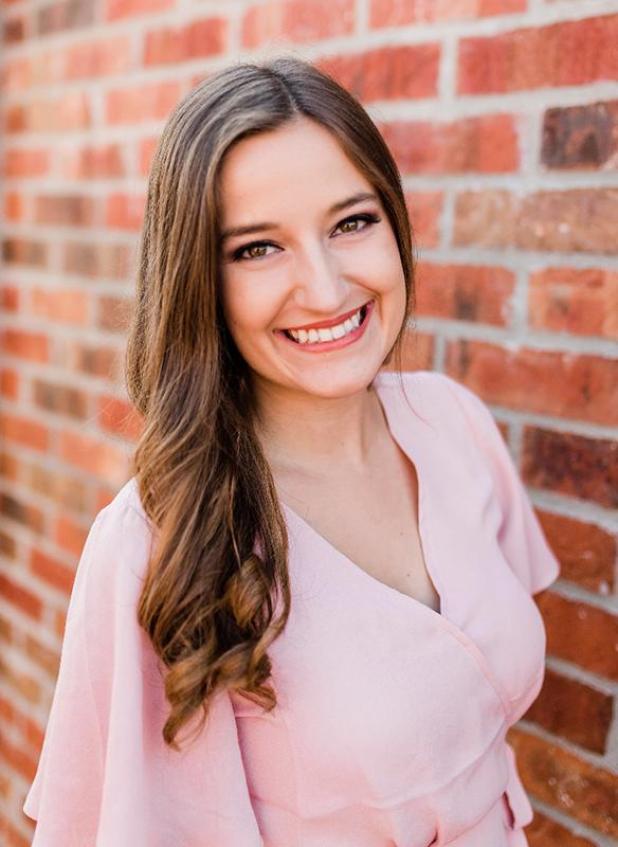 The contestants vying for the title of 82nd International Rice Festival Queen have been announced by Tessa Richard, Rice Festival Queen’s Contest Chairman.
The Queen’s Pageant will begin at 10:15 a.m. on Saturday, Oct. 20, at the Supreme Rice Sound Stage located on the courthouse grounds.
Victoria Marie Callahan
Victoria Marie Callahan is the 20-year-old daughter of Michael Callahan and Angela Callahan of Rayne. She is currently a student at Louisiana State University in Eunice studying nursing with plans to graduate in 2021. Callahan is employed by Boutique Forty-Six as a sales associate and model. While in high school, Callahan volunteered for the Christmas Angel Operation and the Choices Program and was a member of the Interact Club. She received the Woodmen of the World Award, was named to the President’s List and received the Community Service Award. Her civic and church activities and awards include being crowned 2014 Teen Miss Crowley and 2017 Miss Crowley, receiving a key to the City of Crowley, volunteering for the Thirst Project and the Rise Against Hunger Campaign and membership in the Bayou Krewe. In her spare time she enjoys spending time with her family and friends, cooking, traveling, fashion, reading and being outdoors. She is also interested in tourism, photography and graphic design. Callahan is representing the City of Crowley and is being sponsored by the Crowley Professional Women’s Club.
Corinne Juliet Doucet
Corinne Juliet Doucet is the 19-year-old daughter of Patrick and Desiree’ Doucet of Rayne. She is currently a student at the University of Louisiana at Lafayette studying biology and is employed as a resident assistant over the Service and Leadership Living Learning Community at ULL. During her high school years, Doucet was a member of the Notre Dame Pio Pride Dance Team, the Speech and Drama Club, Student Council and Campus Ministry and was a Eucharistic Minister and Lector. She was also a member of the Beta Club, attended Girls’ State and received the NDHS Theatre’s Best Actress Scholarship. Her college involvement includes membership in Alpha Omicron Pi Sorority, Campus Cats and Ragin Cajun Catholics. She has been awarded the Louis P. Ledet Sr. Memorial Scholarship, the ULL Academic Scholarship, is a member of the UL Honors Program and is a Dean’s List Honoree. Doucet’s civic and church activities include participation with the Acadia Arts Council, the Acadia Players, St. Michael’s Life Teen, Rayne Fright Fest, volunteering at Easter Eggstravaganza and the Germanfest, and she is a member of the National Society of Leadership and Success. She has been a dancer for over 16 years and enjoys reading, babysitting, canoeing, snorkeling and spending time with her extended family on the east coast. Her sponsor is the City of Rayne.
Gabrielle M. Guilbeau
Gabrielle M. Guilbeau is the 19-year-old daughter of Clyde and Karen Guilbeau of Lafayette. She has brown hair and hazel green eyes and stands 5’7” tall. Currently attending the University of Louisiana at Lafayette studying Psychology with a minor in Child and Family Studies, she plans to graduate in 2021. While in at Lafayette High School, Gabrielle was a Student Council Representative and a member of the Beta Club. She was also named to the Homecoming Court and is a recipient of the TOPS Scholarship. A member of Ragin Cajun Catholics, Gabrielle has traveled to Jamaica as a missionary with Mission Discovery. She is a volunteer with the First Baptist Church Hurricane Harvey Drive and a participant in the holiday Adopt A Family Program. In her spare time, Gabrielle enjoys bargain shopping, bible journaling, canvas painting and exploring Louisiana. Gabrielle says that her happiness consists of giving and serving in others. Her sponsor for the 82nd International Rice Festival are her parents.
Chloe Elizabeth James
Chloe Elizabeth James is the 19-year-old daughter of David and Darlene James of Walnut Ridge, Arkansas. She currently attends the University of Mississippi studying psychology with a minor in political science and business administration. Her plans are to graduate in 2021 and continue on to law school at the University of Mississippi. During her high school years, James was involved in Student Council, the National Honor Society, FFA and the March of Dimes Chain Reaction Youth Council. She was also a member of the Alleycat Dance Team, Mu Alpha Theta, Quiz Bowl, Dolphins Swim Team, FBLA, the Key Club, the Science Club and the Spanish Club. Her college career has led her to involvement with Alpha Omicron Pi Sorority as well as being a member of the Sally McDonald Barksdale Honors College. James has received the Chancellor’s Honor Roll Award, the Freda Wilmuth Leadership Award, Elks Lodge Student of the Month, was selected to attend Girls’ State and was named salutatorian. She was crowned 2017 Miss Arkansas Rice Festival Queen, 2017 Homecoming Queen, 2017 Miss Northeast Arkansas and 2014 Jr. Miss Arkansas Rice Festival. Her civic and church activities include participation in Ole Miss Student Ministry, volunteering for the Boys and Girls Club of Oxford, volunteering for the Arkansas State Child Development and Research Center and serving as an Ole Miss Student Disability Services Note Taker. In her spare time, James enjoys fishing, helping on the farm, rehabilitating her rescued parrot, gardening, cooking and swimming. Her sponsor is the Arkansas Rice Festival.
Contestants will be judged in interview and stage presentation.
Crowning the 2018 International Rice Festival Queen will be Festival Honoree John E. Broussard.
The 82nd Rice Festival Queen will be presented with cash scholarships and will represent the International Rice Festival at the Washington, D.C., Mardi Gras Ball and the Rice Millers Association Convention being held in Kohala Coast, Hawaii, in 2019.
A $500 scholarship will also be awarded to one contestant based on academic performance.