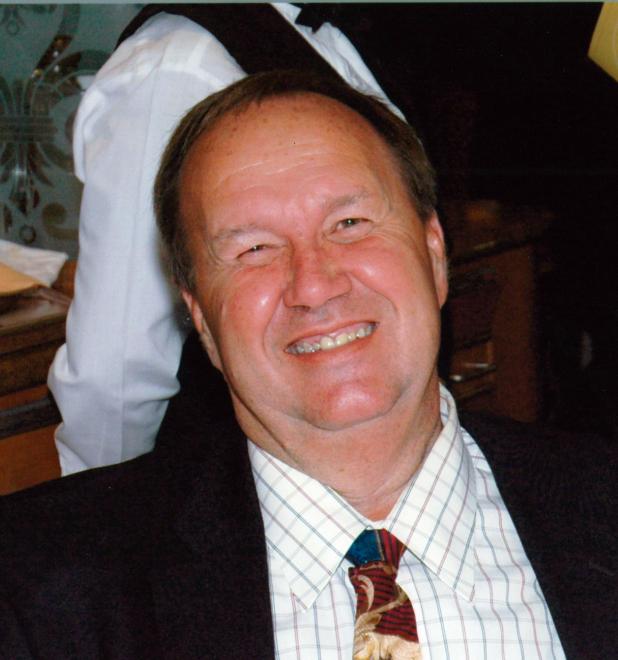 A Mass of Christian Burial will be held at 11 a.m. Saturday, Nov. 30, at St. Lawrence Catholic Church in Mowata for Joseph Michel Heinen, 65, who passed away Nov. 26, 2019 in Hathaway.
Fr. William Miller, pastor of St. Lawrence Catholic Church in Hathaway, will be officiating for the services. The family is requesting visiting hours to be held Friday from 3 p.m. to 9 p.m. at Geesey-Ferguson Funeral Home in Crowley and Saturday from 8 a.m. to 10: 45 a.m. at St. Lawrence Catholic Church in Mowata. A Rosary will be recited at 6 p.m. Friday. Interment will be in St. Lawrence Cemetery.
Joseph Michel Heinen was born on Jan. 15, 1954, to Wilfred and Maurine Muller Heinen and was raised on a farm in Mowata. He graduated Notre Dame High School in 1972 and attended LSUE and USL for business. He resided in Texas from 1978 to 1992 where he farmed rice and eventually crawfish before returning to reside in Louisiana, where he co-founded and managed Honey B Hams in Lake Charles for 20 years until he sold it in November, 2018, and running a successful crawfish operation. In 1998 he married Susan LaFleur and they resided in Evangeline. Joe’s last days were spent residing in Hathaway and running a crawfish wholesale business until the time of his death.
Joseph was very active in business and professional organizations. He was a board member of Acadia Parish Farm Bureau, served on the Church Parish Council in Mowata and was president of the Texas Crawfish Farmers Association. He also was a board member of Texas Rice Producers Board, a chairman of Jefferson-Orange County Farm Service Administration and a co-founder of Crawfish Capitol Restaurant. He co-founded Tex-La. Crawfish wholesale, Crawfish Bucket Restaurant, Spanky’s Restaurant and H&H Crawfish wholesale operation. He served as a board member of Sabine Area chapter of the Texas Restaurant Association, a member of Louisiana Civil Air Patrol, and maintained several vendor booths at the Texas State Fair in Beaumont, Texas, for 20 years.
Joe leaves behind his wife Susan Heinen and her five children, Frances Deshotel and her husband Kenneth of Evangeline, Michael (Brandy) Bertrand, Michelle (Brian) Wiehle, Matthew Bertrand and Ben (Ashley) Bertrand; brothers, Jerry Heinen, Frederick (Lynne) Heinen; and sister, Carolyn (Michael) Prevost. Joe also leaves behind many nieces and nephews and great-nieces and nephews and step-grandchildren and step-great-grandchildren.
He is preceeded in death by his parents, Wilfred and Maurine Muller Heinen, and his grandparents, Big Joe and Adele Heinen and Michel and Etta Muller.
Carrying Joe to his final resting place will be Matt and Ben Bertrand, T-Fred and Matt Heinen, Jeremy Prevost and Nick Vondenstein. Honorary pallbearers will be Dan Harris, Bobbie Cormier, Dr. David Olson, Sam Morgan, Mike Loignon and Leonel Ramirez.
The family would like to send a special Thank-you to Ashley Bertrand and Marcie Gary Wagner with Lamm Hospice and his caregivers, Jeanelle St. Andre, Bobbie Granger, Lacey Touchet and Brenda Vazquez, as well as Eric Lambousy and Dr. David Heinen.
Arrangements have been entrusted to Geesey-Ferguson Funeral Home of Crowley.