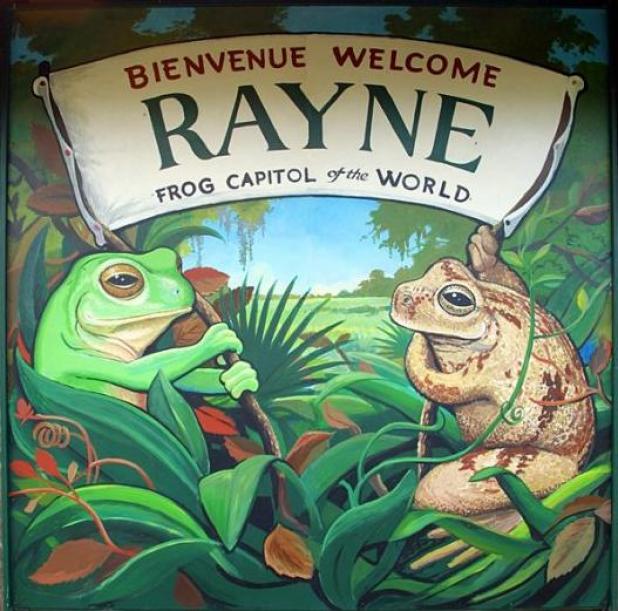 RAYNE - Ongoing projects and the development of new ones took center stage Monday evening during the March City Council meeting at City Hall.
A recommendation was received by Mayor Charles “Chuck” Robichaux and the City Council from the Planning and Zoning Board for a potential new Rayne business near the Interstate 10 area.
Following their monthly meeting last week, the Planning Board recommended to the council a portion of the commercial subdivision currently named I-10 Rayne Chevron, LLC., for the development of one lot in the subdivision for the construction of a Taco Bell Restaurant.
Following discussion and map views, the council approved the board’s recommendation for the new business, which will be located just north of I-10 Chevron fronting Hwy 35 North.
Two ongoing projects were presented by Tim Mader during the engineer’s report portion of Monday’s meeting.
The first was the approval of the council to accept the bid received from CDG Energy, LLC, of Alexandria, who was awarded the contract for the Barbara Street pump station improvements and sanitary sewer force main extension project.
It was noted CDG Energy was the same company used by the city for the Carver Street pump station work completed last year and other water and sewer projects in the past.
The second project presented by Mader and approved by the council was the adoption of a resolution for the city’s Municipal Water Pollution Prevention (MWPP) audit on its wastewater treatment facility located on West Jeff Davis Avenue.
From the submitted report/audit, Mader noted “the city’s numbers are very good, some of the best around” when commenting on the discharge measurements.
The second ongoing project was addressed to the council by Rodney “Coonie” Richard of Building Code Inspection Services, on behalf of Tim Cormier, of the Hope Recovery Center to be located at 300 S. Bradford St., the former Rayne-Branch Hospital and Pauline Faulk Center.
Richard, along with Jim Ziller of Ziller Architects, presented an area plan and comprehensive master plan for the center, in addition to phases the center would undergo during construction and remodeling.
The phases would consist of:
(1) Initial Construction (install sprinkler system, repair/replace fire alarm system and repair/replace emergency and exit lighting;
(2) Phase 1 - recovery ministries (complete upgrade of patient room wing/ancillary space, complete dining area upgrade and outfit patient rooms, dining and ancillary space;
(3) Phase 2 - outpatient therapy (complete upgrade of exam, counseling, conference, testing lab and ancillary space;
(4) Phase 3 - job training/vocational school (complete upgrade of offices, conference group rooms and ancillary space; and
(5) Future Plans (expansion as needed).
Richard and Ziller also recommended that, for each phase, the proposed renovation should proceed as follows:
(1) submit drawings and description of the specific work to building code inspection services and the Fire Marshal’s Office for plan reviews;
(2) after plan approved, purchase required permits from the City of Rayne; and
(3) call for required inspections throughout the course of construction.
“This is an extremely well-built facility,” stated Ziller of the proposed project site. “The roof has been fixed and patched so no further damage will result from leaks. But, it needs a lot of work which will take a lot of money.”
When asked by Robichaux of the approximate cost for the completed project, a $1 - $2 million amount was given.
“Once you begin a project like this, you just never know what the final tally will be,” noted Richard.
The total square footage for the project is approximately 45,000 square feet.
Two demolition projects located at 801 E. Butler and 812 W. Perrodin were given 90 days for demolition.
A request by Police Chief Carroll Stelly to declare a 2007 Dodge sport utility vehicle as surplus was approved by the council to be submitted for auction sale.
The council also approved a resolution in support of an application for the creation of the City of Rayne Cultural District and submission to the Louisiana Department of Culture, Recreation, Tourism, Office of Cultural Development.
A street drive was approved by the council for St. Joseph’s Life Teen for the weekend of April 27-28, with funds to benefit a retreat for the group.
Terry Broussard was re-appointed to a five-year term to the Youth Recreation Board.
City Clerk Annette Cutrera presented the monthly financial update, noting the budget was “in-check.”
General Manager Cordell A. Grand of LEPA (Louisiana Energy and Power Authority) gave a presentation of the recent spike in utility rates during the extreme January weather including freezing temperatures and snow.
He explained the higher utility bills Rayne residents incurred was due to higher usage and the higher cost purchased by LEPA during the unusual freezing weather conditions. Grand reassured the city that all usage has returned to normal.